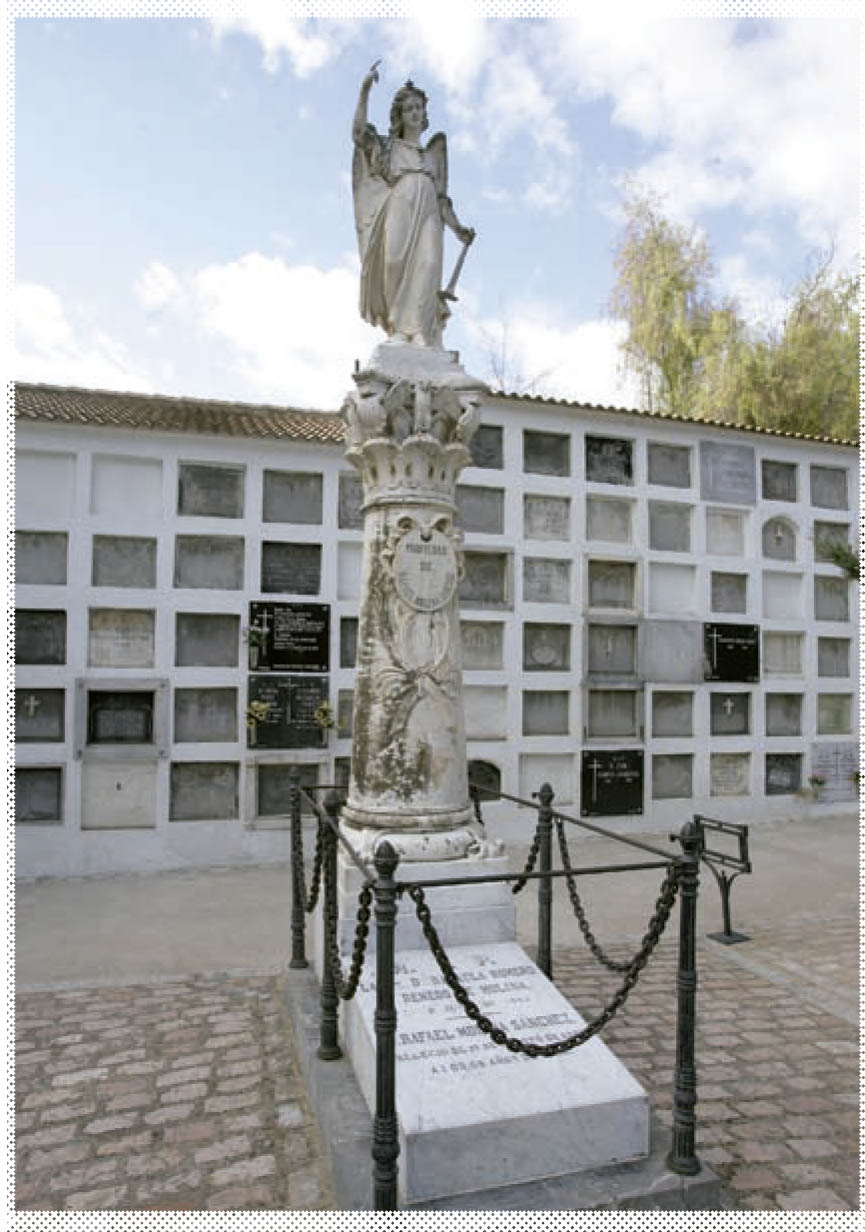 Rafael Molina Sánchez “Lagartijo” (1841-1900), considered the “First Caliph,” an honorary title granted to the five most popular bullfighters of Cordoba (“Lagartijo”, “Guerrita”, “Machaquito”, “Manolete” and “The Cordovan “) - was a matador of exceptional gifts and grace. He took over in 1865. Sharing fame with Frascuelo. Throughout his career he killed 4687 bulls in 1632 afternoons. He retired in 1893. Once asked what was the bullfight, to replied: “Well ... the bull comes, you move, and if you don’t move, the bull moves you.” For a time he had a fierce rivalry with “Guerrita”, yet when he died, he said “To Lagartijo unrivalled master, his disciple Guerrita.” In the nineteenth century and for much of the twentieth century, bullfighting was an event of enormous popularity. In those years, in the Cordoba “Health Fair” special trains were hired by the railway companies to carry to the fair the thousands of visitors coming from the provinces and elsewhere, many of whom attended the bullfights. The monument where his remains lie is the work of Mateo Inurria, although some scholars believe that his father also worked in it.