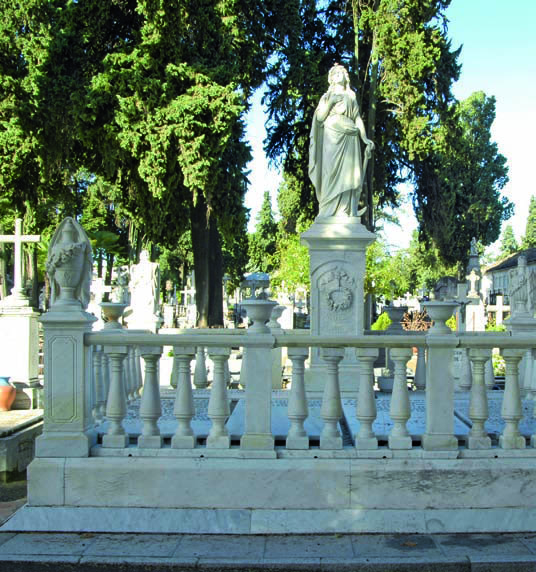 Pedro López Morales (1814-1890) came to Cordoba from Aguilar del Río Alhama (La Rioja). Initially a cloth merchant, he also made high interest loans. In 1854 he managed to create the powerful Pedro Lopez Banking House. Its activities were focused on finance, trade and urban and rural property management, the latter obtained through the purchase of non-paid assets. In 1884 he constituted “Pedro Lopez and Sons.” From his dominant economic position he enters Cordoba society and becomes a director of the Circle of Friendship. He also played a key role in the building of the Grand Theatre, opened in 1873, and he obtained significant profits. In the political field he was councillor (1852-1854 and 1857-1859) and deputy mayor (1857-1859) of the City of Cordoba. He was also provincial deputy (1866-1867) and he served on the Board of Directors in Cordoba of the Spanish Taxpayers League, which was presided by the Conde de Torres Cabrera. When he died, Pedro Lopez was very rich, mainly in cash and urban estates. He is the example of the rise of a new social class: the bourgeoisie, in this case dedicated to business and finance. The beautiful pantheon where his remains rest is built of marble.