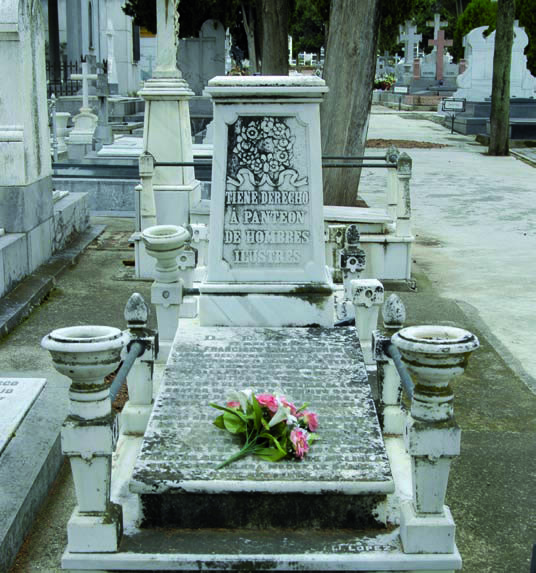 The death of Captain Francisco Villar Jordana is a clear example of the involvement of Cordoba in the numerous campaigns fought by Spain in Morocco during the nineteenth and twentieth centuries. Over generations, few military failures have been commented on as much as the “Disaster of Annual (July-August 1921), action in which Spain suffered a huge loss (around 8,000 dead and missing Spanish soldiers) at the hands of the Rif, up in arms and led by Abd-el-Krim. After the disasters of Annual and Monte Arruit, the Spanish army made great efforts in order to keep Spanish possessions in Africa, greatly threatened. In one of them, the Sebt combat, Villar Jordana died, captain at the age of 32 (10/02/1921). Morocco has been in the Spanish consciousness for the past century as a hard fighting place: “She doesn’t wash or comb her hair or wear her shawl, until her boyfriend comes back from the war in Melilla,” said the old song that spoke about the combat at Barranco del Lobo (1909). Spain sought to maintain the illusion of an old empire, the Rif defended their independence. The tombstone also tells about the decorations received and the circumstances of the captain’s death.