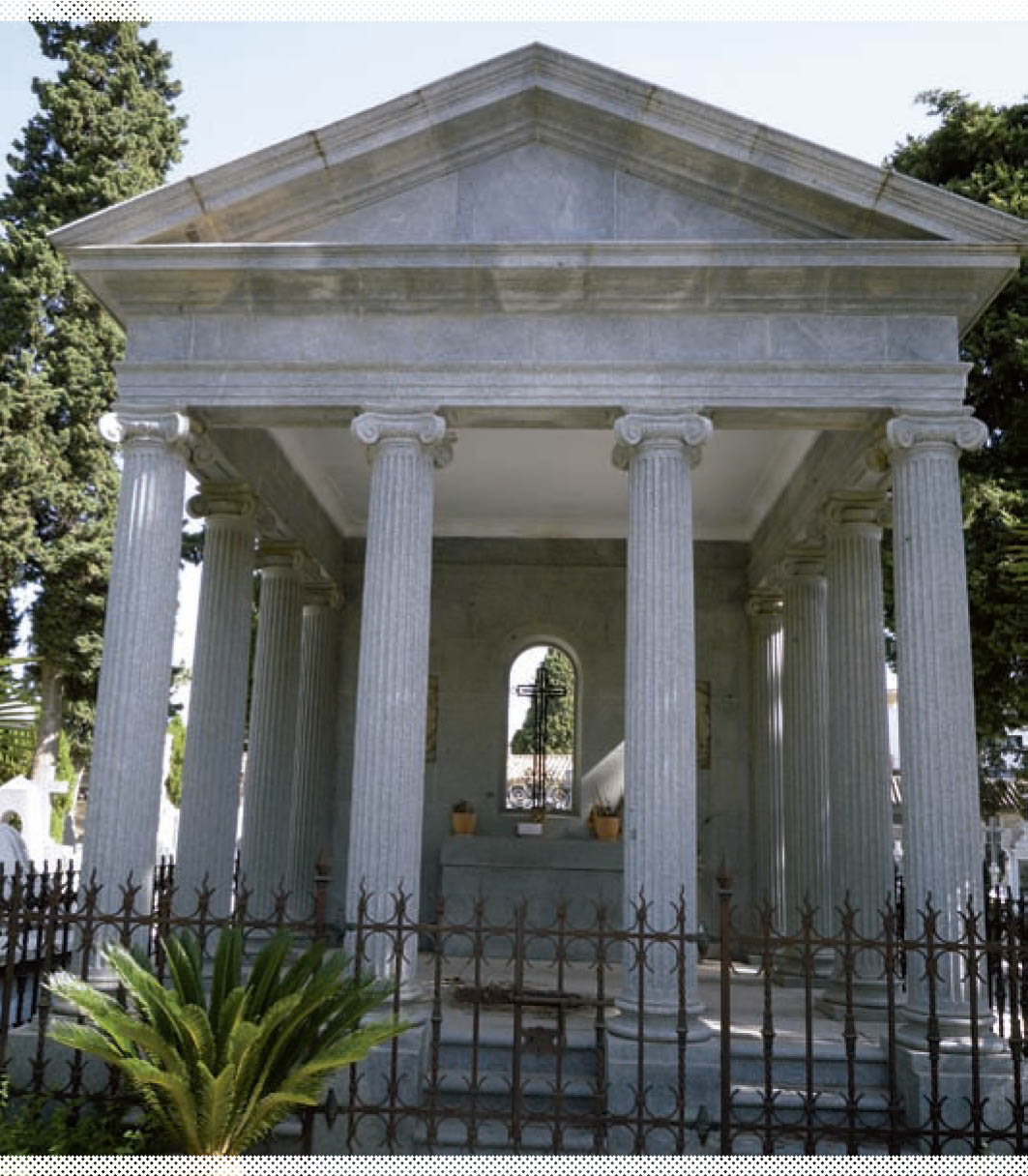 The pantheon of the Marquises del Mérito y Valparaíso is essentially characterised for its classical temple shape, adorned with beautiful Ionic columns. Built primarily in grey granite, the whole manifests the intention of its owners to persist in time, as well as the power of the builders. Inside we can see family shields. Also buried in this pantheon, along with of members of the family, lie the remains of Jose Lopez de Carrizosa and Garvey, Marquis del Mérito, a very well known person in the city, where he led an active social life in the late nineteenth and early XX centuries. The Marquis married Maria del Carmen Martel y Arteaga, Marchioness of Valparaíso-with-greatness of Spain- and daughter of the Count of Torres-Cabrera. The Marchioness was, among others, member of the Royal Economic Society for Friends of the Country of Cordoba and Academic Correspondent for the Royal Cordoba. She was also president of the Association of Workers of Cordoba, through which she founded “La Casa del Niño”. The family owned wine business in Jerez de la Frontera. The Marquis of Mérito was very important in terms of the restoration and conservation of the Monastery of San Jeronimo, in the foothills of the Sierra de Cordoba, next to Medina Azahara.